In “Monos,” a menacing group of child soldiers train for war, taunting an American hostage (Julianne Nicholson) as they wander a foggy, mountainous landscape. Director Alejandro Landes’ astounding action-adventure suggests “Apocalypse Now” by way of “Lord of the Flies,” but the grimy, visceral survival story has been laced with a topicality that speaks to its country of origin. The Colombian production provides a snapshot of guerrilla warfare that has festered in remote parts of the country for decades.

“In Colombia, it’s a very delicate subject matter and a very delicate film,” Landes said in a recent Q&A discussion following the New York premiere for “Monos,” which is the country’s Oscar submission. “But I wanted to talk about something that we see in Colombia but is prevalent everywhere.”

However, as “Monos” continues to generate box office in its home country, the movie has tapped into the divisive conversation surrounding the country’s relationship between its guerrilla factions and the rest of Colombian society.

While “Monos” does explore the way guerrilla soldiers are often trained at young ages and pulled away from their families in the process, the country and the conflict are never identified by name. “Nowadays, the world is turning toward shadow wars, with wars fought in the backlines,” said Landes. “Whether it’s Colombia or Syria and Afghanistan, these are wars without a clear beginning or an end, fought in a clandestine fashion, all in the shadows.”

Nevertheless, “Monos” has struck a nerve in Colombia, where the government signed a peace deal with the central rebel group some three years ago. But many militants continue to fight, and some Colombians have resisted the idea of allowing the FARC insurgency to return to civilian life. “The peace agreement is very fragile,” Landes said. “The civil war has so many factions and alliances and sides, from the guerrillas to the different factions there, to paramilitary, narcos, foreign interventions, and the state.”

The movie follows last year’s “Birds of Passage,” which explores the early roots of Colombia’s drug war in its indigenous communities, as a way for the nascent film community to reckon with its history through narrative. And audiences have responded.

Since “Monos” opened in Colombia on August 15, the film has grossed $605,409 in 23 cities, according to its distributor, Cine Colombia. (In the U.S., following Neon’s acquisition of the movie at Sundance, it grossed $43,285 in five theaters during its first weekend.) These are substantial figures for Colombia, where the box office is often dominated by Hollywood fare (last year’s top grosser, “Aquaman,” pulled in $3.4 million), and for a movie produced under extreme conditions with a limited budget estimated at around $2 million. 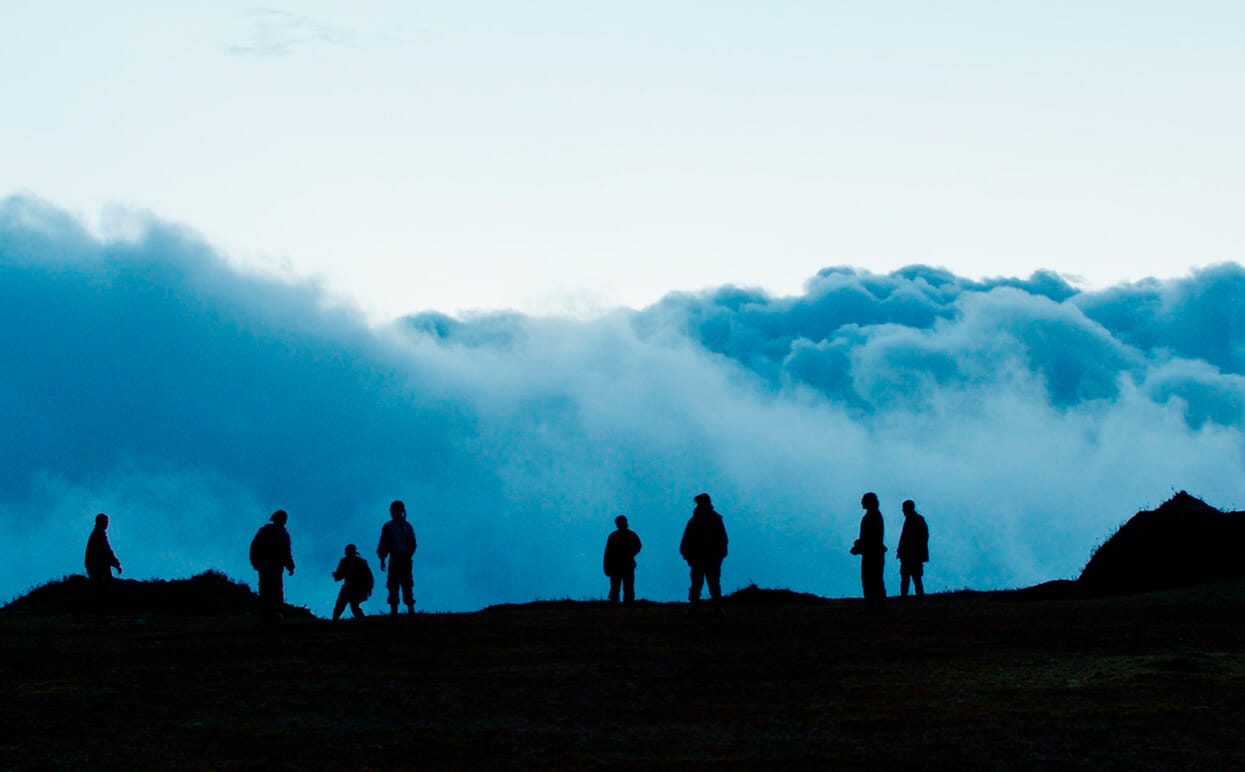 Landes shot the movie largely with a cast of nonprofessionals in the remote Chingaza National Park, located at 13,000 feet and four hours from Bogotá. “It was a kidnapping film where the whole crew was kidnapped,” he said. The river flowing through the park took on particular significance. “It’s the reservoir of the country’s water, and it trickles down to the lowlands, then condensates and goes up to the clouds,” Landes said. “The idea of the film was to follow the river, this winding, fluid point of view, making the spectator feeling like they weren’t watching from the bank, but inside the river, and the conflict.”

As an example of the way the Colombian release of “Monos” has shaken up conversations on the domestic front, Landes cited a tweet from a moviegoer who said that the film caused his father to reconsider his negative opinion of the country’s peace treaty with the FARC. “How nice that a movie does that,” the audience member, Juan Manuel Sandoval, wrote.

“You see how polarizing it is,” Landes said later, pointing to divisive comments in response to the tweet. “It shows you what’s happening around ‘Monos.’ He gets swarmed with likes even though he has so few followers, and others saying it’s a communist film, or what happens to all of us Colombians that have to suffer the impunity of the peace process?”

One vocal critic of the film was Tanja Nijmeijer, a Dutch former guerrilla fighter who joined the FARC since 2002. Writing on Twitter, Nijmeijer called the film “a sad attempt to consolidate stereotypes about the insurgency in Colombia.” A review in the national magazine Semana took issue with the lack of specifics in the setting. “By refusing to take into account the ideological clash of the warring parties, the clash of visions of present, past and future in any confrontation, the film ends up presenting a terribly incomplete version of these imagined warriors,” the magazine’s film critic wrote.

Supporters of the film in Colombia include the country’s largest newspaper, El Tiempo, which published an editorial supporting the film for confronting the war. Writing in El Espectador, the Colombian novelist Héctor Abad Faciolince raved. “Without defining a site, an armed group, or even a country, ‘Monos’ shows us the anomie caused by the Colombian conflict,” he wrote. “The lack of norms and all ethics has brought us back to a ‘state of nature’ in the Hobbesian sense … it plunges us into the mud.”

In a conversation a week after “Monos” opened in the U.S., Landes said he was happy with the way the film has taken off in Colombia, specifically “that all these people have gone to see such a radical film.”  He emphasized the enthusiasm spurred by the media reaction.

“Of course there are still people resistant to talking about this,” he said, “but it would be unfair to say it was been split down the middle. The response has been overwhelmingly positive.”

“Monos” is now playing in select theaters in the United States.

What Today’s Sci-Fi Should Learn from ‘Flash Gordon’