Acclaimed Film ‘One Cut of the Dead’ Hits Shudder Next Week

This year’s Fantastic Fest is officially underway in Austin, Texas, but one of last year’s big festival hits will finally be available to stream very soon.

One Cut of the Dead, the Japanese zombie comedy that written, edited, and directed by Shinichiro Ueda, is a low-budget indie that won the Audience Award and Best Director at the 2018 genre festival, and ended up earning more than 1,000 times its budget in Japanese theaters. After hearing genre fans gush about the movie for a full year, thankfully it’s finally going to be easily accessible on the horror-centric streaming service Shudder starting next week. 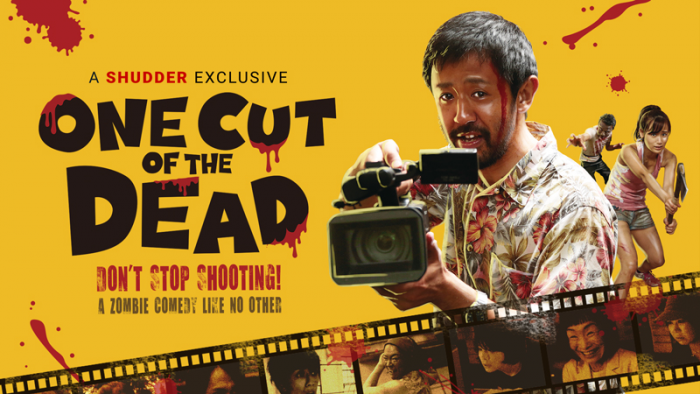 One Cut of the Dead premieres on Shudder on Tuesday, September 24, 2019. I’d honestly recommend checking it out knowing as little about it as possible, but if you absolutely need a trailer to give you a deeper sense of what to expect, this one doesn’t give too much away:

/Film managing editor Jacob Hall loved this movie when he first caught it at Fantastic Fest, calling it the funniest movie of 2018. /Film writer Hoai-Tran Bui is also a huge fan, putting it on her Top 10 Films of 2019 So Far list back in July. I finally had a chance to see it earlier this week, and came away incredibly impressed with what the movie is ultimately about – unfortunately, getting into what that is would be a spoiler, and since you’re all so close to being able to see this film for yourselves, I wouldn’t dream of ruining the experience.

So instead, I’ll just say that the film was made for $27,000 with a cast of unknown actors and went on to gross $28 million in Japan. The first half hour or so is kind of rough, and I’ll admit that I sort of found myself questioning what the big deal was around the halfway point. But the movie’s bravura finale is so much damn fun and adds such a heightened level of enjoyment to what you’ve seen up until that point, so it totally pulled me back in and I walked away with a huge smile on my face.

While shooting a low-budget zombie film in an abandoned warehouse, the crew find themselves caught between actual zombies and a mad director who won’t stop rolling. If you think you know what happens next, think again. Filmmaker Shinichiro Ueda turns the film on its head more than once for one of the wildest, funniest, and most surprising zombie movies of all time.

Takayuki Hamatsu, Mao, Harumi Shuhama, Yuzuki Akiyama, Kazuaki Nagaya, and Manabu Hosoi star, and trust me: even if you’re sick of zombie movies, you’re going to want to see this one.

The post Acclaimed Film ‘One Cut of the Dead’ Hits Shudder Next Week appeared first on /Film.

‘The Craft’ Remake Has Assembled Its Coven of Four New Stars

Acclaimed Film ‘One Cut of the Dead’ Hits Shudder Next Week