Ash Ketchum may have taken 22 years to finally become a Pokémon Master, but we wouldn’t have it any other way. Sure, he should have won the Kalos League a few years ago, but bygones. However, if you’re curious about other “what-ifs,” some newly revealed Detective Pikachu concept art gives insight into unused character designs and an awesome Charizard Vs. Gyarados battle that we almost got. See the Detective Pikachu concept art by artist R.J. Palmer below. 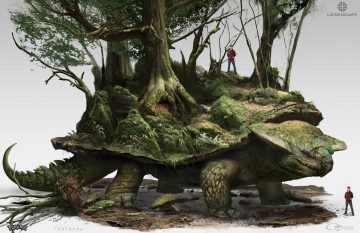 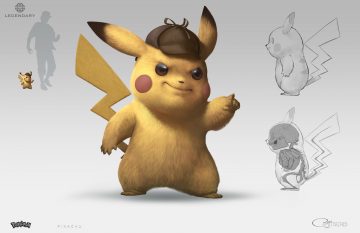 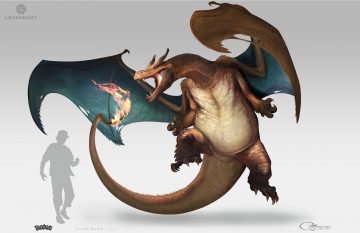 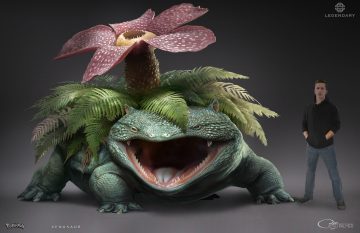 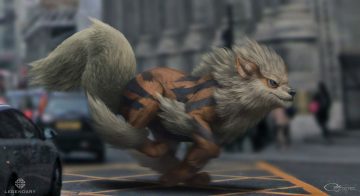 Artist R.J. Palmer unveiled a set of Detective Pikachu concept art that showed scrapped battles and sequences that almost made it into the feature film adaptation of the popular Pokémon video game. One such unused sequence was an epic battle between Charizard and Gyarados that looks like it would’ve overtaken the equivalent of Ryme City’s Time Square. The gorgeous collision of water and fire — with Justice Smith‘s character Tim Goodman caught in the middle of the resulting mist — looks incredible.

A couple other big sequences look so grand that perhaps the film couldn’t fit into its budget: a museum sequence in which Tim fends off a giant Rayquaza, a colossal Torterra yawns its mammoth mouth that looks like it could engulf a small house. This concept art looks so fantastical, and I wish we could’ve seen some of these in the film. Maybe they’ll save them for the sequel.

Ace detective Harry Goodman goes mysteriously missing, prompting his 21-year-old son, Tim, to find out what happened. Aiding in the investigation is Harry’s former Pokémon partner, wise-cracking, adorable super-sleuth Detective Pikachu. Finding that they are uniquely equipped to work together, as Tim is the only human who can talk with Pikachu, they join forces to unravel the tangled mystery.

Full Main Cast Announced for Blumhouse’s Remake of ‘The Craft’